JUST WHEN YOU THOUGHT PSYCH: THE MOVIE COULD NOT GET ANY BETTER!!!

According to EW, Zachary Levi is stepping to the bad side for his latest role. The Chuck star has been cast as the villain in Psych: The Movie.

It’s great news for fans of both shows, many of whom clamored for Levi to guest-star on the USA Network series during its original run.

Levi is set to play to the Thin White Duke, who is described as a  “ruthless, mysterious, and dashing villain of the highest order.” In the two-hour movie, fake psychic detective Shawn Spencer (James Roday) and his best friend Burton “Gus” Guster (Dulé Hill) reunite with their friends over the holiday season after The Thin White Duke targets one of their own. 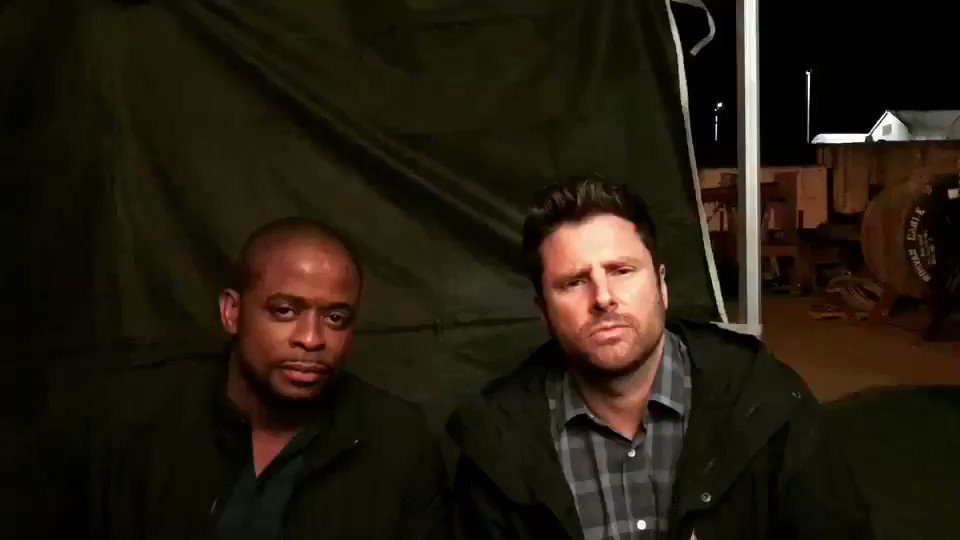 Hill gave us a first look at Levi’s role on the show in a Twitter video he shared from set early Wednesday morning. In the video, Hill and Roday present Psych-Os with a pop quiz as Roday raises a pineapple and asks “What’s that?” Out of nowhere, a surprisingly blond Levi walks behind them and says, “I believe that’s a pineapple. Isn’t that right Chucksters?”

“Whaaaaaat!” Hill and Roday say as Levi slinks off camera, which, to be fair, is the only response possible in reaction to Levi’s appearance.

Apart from Psych and Chuck‘s shared love of all things pop culture, they also share an affection for pineapples. Every episode of Psych featured the delicious fruit in the background of a scene, and on the dearly departed NBC spy show, “pineapple” was a Buy More (Chuck‘s version of Best Buy) codeword used for a big emergency.

Co-written by series creator Steve Franks and star Roday, the two-hour movie picks up three years after the series finale and features original cast members Timothy Omundson, Maggie Lawson, Corbin Bernsen, and Kristen Nelson, as well as some other fan favorites from the series.

Psych: The Movie is currently in production and will premiere in December.