The X-Men universe is finally getting a real shot at live-action TV with Legion, FX’s new series about David Haller, the very powerful, very strange mutant from Marvel Comics’ X-books. While Haller, a.k.a. Legion, isn’t an A-list player in the X-Men world, the show from series creator Noah Hawley promises to take the character to a new level of audience recognition. With the major success of Hawley’s show Fargo, both FX and comics fans surely have high hopes for Legion.

So let’s break down the comic-book history of Legion, his relationship with Professor Xavier, what his powers and abilities are, and more…

David Haller is an extremely powerful “Omega level” mutant. Of course, power runs in his family, as David is the son of Professor Charles Xavier, founder of the X-Men. Created by X-Men savant Chris Claremont and artist Bill Sienkiewicz, Legion is not a traditional superhero character in that he suffers from dissociative identity disorder (also known as multiple personality disorder). Each of his “selves” — and he has many — also carries with it a specific set of powers. As such, David can be a potent ally to the X-Men… but also a dangerous and unstable liability. 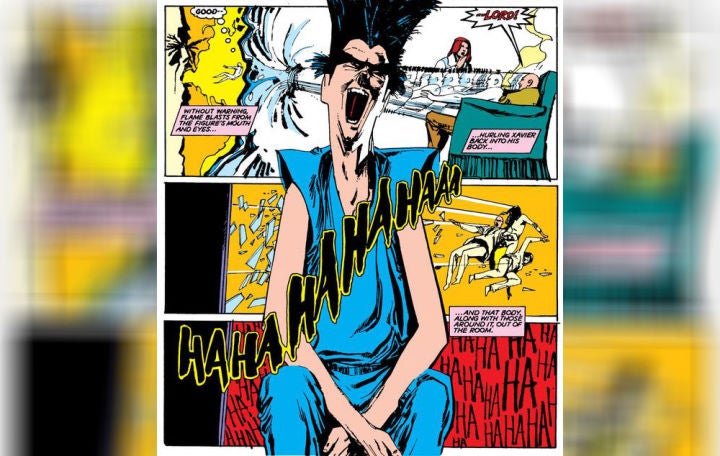 As noted above, David has many personalities, and each of those has a power. Some of the identities he has absorbed from other people, and others have been created within his own mind. Jemail Karami was a terrorist killed by David, though his personality was absorbed by the mutant, leading to the Karami inside David being able to utilize Legion’s telepathy. The telekinetic Jack Wayne is David’s “adventurer” personality and a telekinetic. Cyndi is a pyrokinetic, while the personalities known only as The Legion and X are capable of warping reality itself.

Some of these personas can lead to actual changes in David’s physical form (like when he becomes a Wolfman!), and the number of powers and personalities he can manifest has been estimated to be at least in the hundreds. This makes Legion one of the most powerful beings on the planet. Eventually several scientists (including the Fantastic Four’s Reed Richards) created a device called a Neural Switchboard Wristband for David, which allowed him to select specific powers without losing himself to that power’s personality. 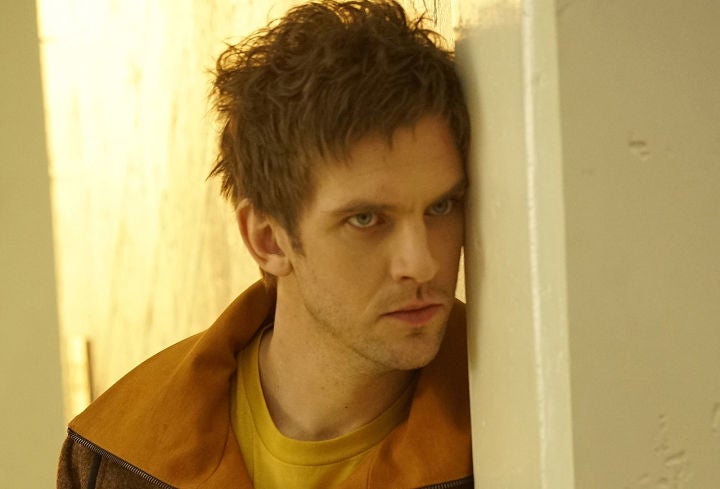 David was the product of an affair Professor Xavier had with Gabrielle Haller while he was a young man living in Israel. Xavier never knew Gabrielle had become pregnant, and after they separated Gabrielle went on to raise David with her new husband. Unfortunately, while still a boy, David’s stepfather was murdered in a terrorist attack. And it was this same event that caused his powers to first emerge, as he lashed out psionically at the attackers, killing them. But since David was telepathically connected to the terrorists as they died, the resulting trauma crippled him mentally, causing the boy to withdraw into himself while also jump-starting his split personality syndrome. As noted above, the persona of one of the terrorists he killed, Jemail Karami, was absorbed by David, and this aspect of his psyche would eventually go to war with other personalities in an unsuccessful attempt to shape David’s mind. 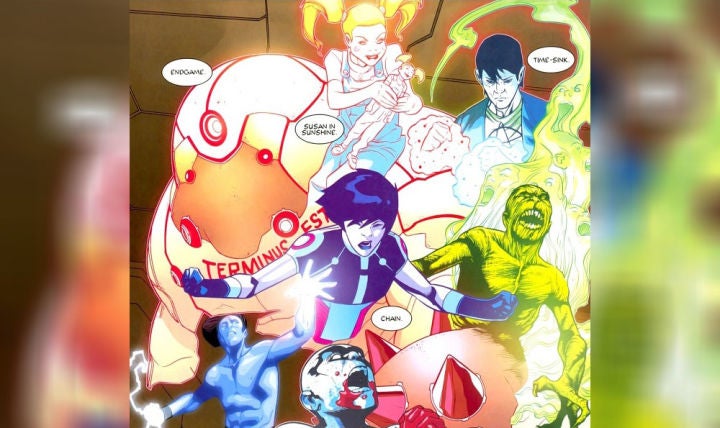 Some of David’s many personalities

David came under the care of X-Men friend Dr. Moira MacTaggart, but when his powers began to erupt into the real world she called upon Xavier and the New Mutants, who were able got get the boy under control. David, or Legion — he gets his codename from the biblical quote from Mark 5:9, “My name is Legion: for we are many” — would continue to pop up in New Mutants, X-Men and other mutant books after that, frequently battling his personalities and losing control of them, or being used by evil entities for his vast power. In an attempt to bring about his father’s dream of peace between mutant and humankind, David once travelled back in time to kill Magneto, but he inadvertently caused his father’s death instead and created the alternate reality known as the Age of Apocalypse where that titular villain ruled the world. (Apparently none of David’s personalities explained to him why time travel never works out the way you want it to.) He would later go on to reshape reality in the Age of X arc, as well. Omega level mutant’s gonna Omega level mutant.

More recently, Legion starred in his own book for a time with X-Men: Legacy (Vol. 2), which was part of the Marvel NOW! relaunch. There, in the wake of his father’s death, David sought to continue Xavier’s work. The book culminated in Legion, in the ultimate act of self-sacrifice, wiping himself out of his existence (more or less). 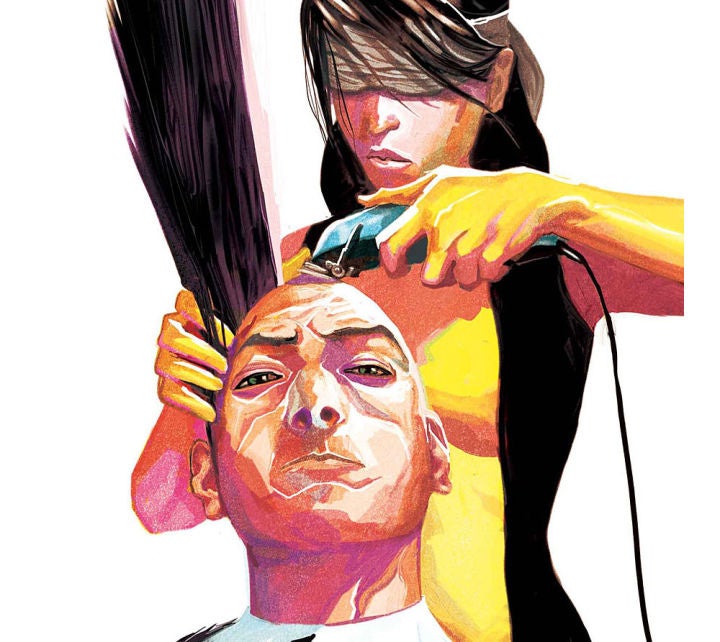 The final issue of X-Men: Legacy

How His History Could Be Portrayed on the TV Show

Slight spoilers for the first episode of TV series follow.

The Legion that’s coming to FX will obviously drop most of the specifics of the character’s comic-book backstory, as Hawley has said that he isn’t interested in tying the show too closely to the X-Men universe. Word has it that Xavier will pop up at some point, or at least get a mention, but the prospect of the New Mutants or the X-Men showing up anytime soon seems unlikely.

Perhaps the bigger question regarding this adaptation, however, is how much the multiple personalities of the comics version of Legion will be a part of the TV Legion, not to mention the many powers he might possess. In the first episode, David is mostly just a troubled young man, afflicted with what he thinks is mental illness but are actually of course his telepathic and telekinetic abilities. Time will only tell if we’ll get the more out-there qualities of the character that made him so noteworthy in the comics.